Sounds of Autism was started in 2011 to bring a voice to a silent epidemic called Autism.

Our son Landon was 9 at that time and by then I was super frustrated having to navigate the system and put all the necessary pieces together to raise our child who at that time had been given the diagnosis of Autism Spectrum Disorder. It should not have been this difficult putting his life's journey together. It should have had a solid foundation for as large as the Autism community was.

I have always been one to seek solutions when I was faced with life's challenges. All we needed was a "one stop shop" offering simple solutions with results that would last a lifetime and within a safe and understanding community.

Our Sounds of Autism team got to work and today our program serves all communities that play a part in making the journey of living a life with Autism a much more successful and sustainable journey. 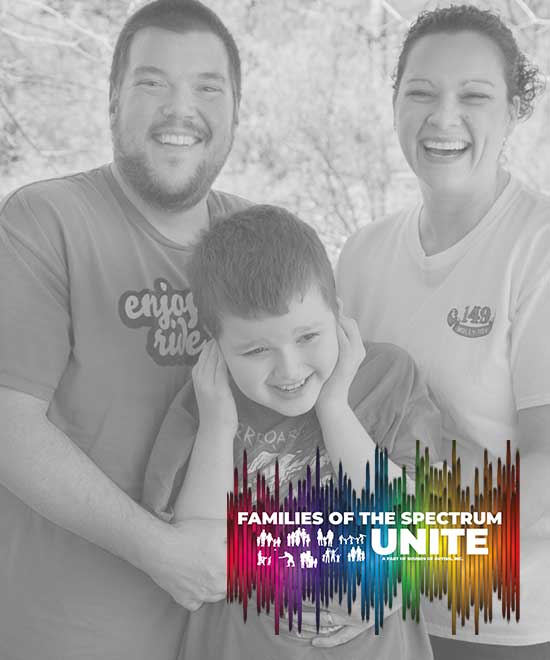 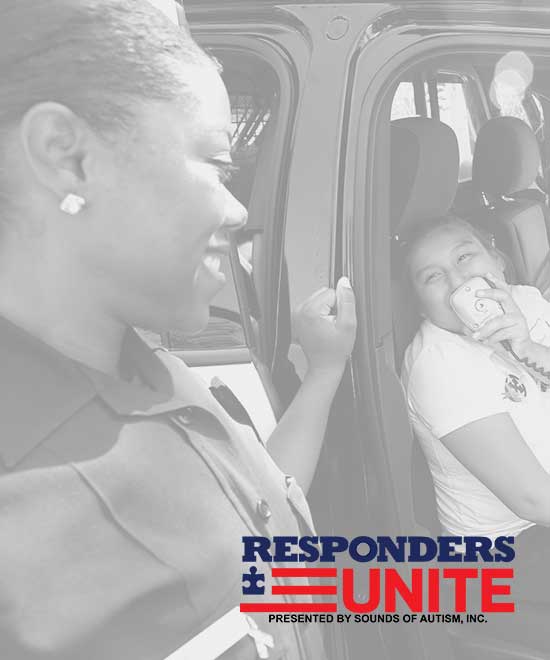 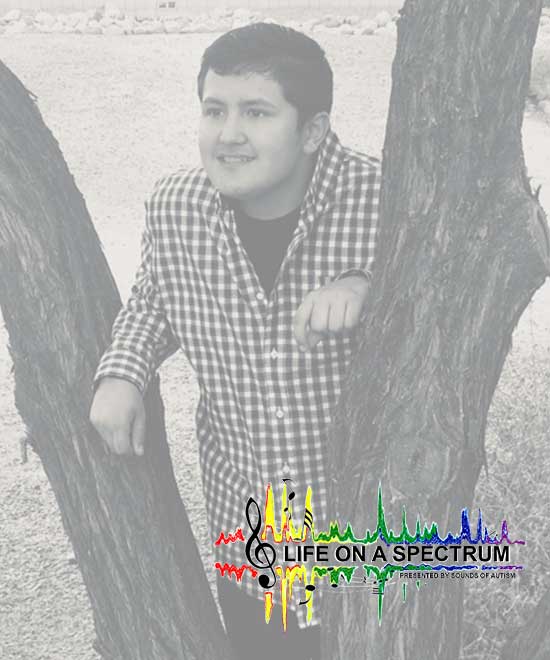 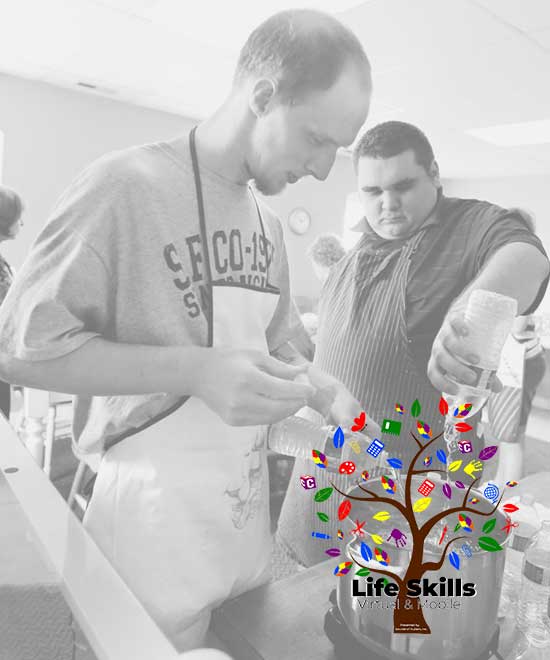 It is the largest epidemic and WE ARE IN TROUBLE!

A pattern of repetitive behaviors or movements.

Obsessive compulsive behaviors, such as lining up toys, and creating patterns with objects.

Over Sensory - Landon would get Over Sensory and could not process information quickly. He would listen to you and then sit there and stare in the sky for a minute or two before he was able to respond or answer a question. We had to become very patient and listen and learn his needs or we had to modify conversations to make it easier for Landon to respond. Triggers that may cause OVER SENSORY - Rooms with lots of lights, noise, music, people. These were all triggers for Landon’s behavior to change and many times for the worse. Meltdowns, Temper Tantrums, Screaming, Yelling, Kicking, more violent personality at times because of the overwhelming sensation. I noticed Covering his ears or eyes or just running away or avoiding certain places to find his personal comfort knowing I had no idea how these things bothered him.

Socialization - Landon Played Linear. He was in a room with other kids but played as an individual and never engaged with the other kids. He would smile and his “Linear Playing” could have been easily missed by myself or others because the perception that was present was that he was playing but looking back, there was never conversation, exchange of toys or eye contact and when kids would leave to go play something or somewhere else, Landon stayed behind and was very content being ALONE.

Communication - Landon was a Literal Thinker. When you said things like turn around, he would turn a complete 360 degrees. Or when you said I am going to kill you when he did something bad, he truly thought he was going to be hurt by you. Thank God he never told anyone what he thought. This could have been bad for my husband and me. Landon also answered questions with one-word answers. At times, he would answer a questions we asked with a Movie Line, or he would be talking to us about a Movie he saw, and the conversation made no sense to me or anyone who didn't see the move themselves. Landon could not understand why we were not excited about what he was sharing with us or we could not understand what he was trying to explain. He believed we all just knew because he knew.

Stimming - Landon becomes Stress and Anxious, especially when we are doing things too long or we go from one thing to the next without a break to process the information. Homework, Cleaning at Home, Work Projects, Playtime with friends etc. His way of overcoming the Stress and Anxiety is a natural Coping Method that Many Kids on the Autism Spectrum tend to exhibit in multiple ways. Landon’s Stimming Pattern was Pacing, Talking to himself or listening to Music, and flapping his hands and arms. He also did this when he was very excited about something. Some kids have Screamed to reduce Stress and Anxiety, Flap paper, Play with an object obsessively with their hands. Every child is different, and their tendencies are different also.

Obsessive Compulsive Disorder - Landon was diagnosed with OCD when he was going through a Mental Breakdown at 15 years old. He could not stop doing ritualistic things throughout his day and when he would talk, think, see, hear taste - all 5 senses were affected immensely. None of these Obsessive Behaviors were things he had control over. He cried a lot because he wanted to change that but took a long time to figure out how to control the behavior. He is much better with his medication today.

Elopement - when Landon was 2.5 years old, he opened multiple doors and got out of the house very quickly. Thank God we did not live around pools or water. We have learned that one of the leading causes of death within the Autism population is Drowning. We do not know why but this population tends to escape easily and run and go into water without fear. Our dog stayed with Landon as he ran and would not leave him until we found him. Thank God for Zoe our Boxer. She instinctively knew Landon needed the extra care, and she did everything she could to help. Our new dogs, years later, are the same. I noticed that Landon and Animals have a unique relationship. Landon loves animals. His passion is an obsession. We are learning that this is true for many people living with Autism and from some they have a different LOVE but Obsessive over that LOVE just like Landon does with his animals.

Eye Contact - Many kids on the Autism Spectrum will not look at you directly in the eyes and if they do it is very quick. I was told once that when a person with Autism looks at you, they take a 1000 + pictures of your face within seconds. I must think that this may be why there is an Over Sensory issue with this population and that they need to STIM to remove everything out of their Mind, Body and Soul to become grounded when doing typical life.

Fight/Flight/Freeze - We share with our Responders that many living within the Autism Population tend to become very protective when they become afraid or are out of their element. When this happens, they go into survival mode. This causes them to Fight - Violent Tendencies, Flight - Elope or Run or Freeze which could cause them to struggle with all of the things we listed above. Being able to share their address or phone number is already difficult and now adding the Stress to the situation causes them to forget everything. Many officers have had to call for back up support with their City Resource Centers because they are at a loss of how to support this population successfully.

Educating yourself about the SIGNS of At-Risk Populations, especially Autism is crucial. We never want to LEAVE ANYONE AT-RISK

We love hearing from our families and supporters!

We work tirelessly to integrate families and children of Autism back into society through LOVE and SUPPORT.

We would like to thank our 1st walk sponsors: City of Peoria, United Healthcare, Care 1st, and Hague Partners.

Did you know there are 1-54 (8 year old) children diagnosed with Autism in the U.S.?

Did you know that over 88,000 Adults are on a waiting list for Long Term housing in Arizona?

Did you know 90% of Adults with Autism can not sustain a job in Arizona?

Did you know ONE FAMILY is suing for 5 million dollars for a Police Intervention gone wrong in Arizona?

Support our programs to make a difference in someone's journey of living with Autism.

Bringing a voice to Autism, one step at a time.

Become a RESPONDER to Autism!

We would love to connect with you and share more about our program through our monthly newsletters and weekly presentation invites.